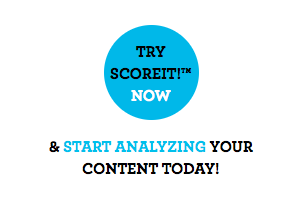 Genre classification has become so important to the discovery of a book by retailers and readers. Our Scoreit!™ Analysis guides writers in selecting the best genre for their new titles, thus enabling them to reach the widest possible audience of readers—and fans!

ScoreIt!™ first identifies the writing style of a writer by instantaneously comparing their manuscript to the works of commercially published authors across a range of genre and varying levels of market success.

ScoreIt!’s™ functionality relies on stylometry, a field of science where comparative analytics are used to identify the statistical similarities between writers. When analyzing a manuscript, ScoreIt!™ tracks literally tens of thousands of writing patterns to determine its “authorial fingerprint” and then compares that fingerprint to our database of commercially published authors who we’ve already fingerprinted, literarily speaking. This is what makes ScoreIt!™ a truly groundbreaking technology. 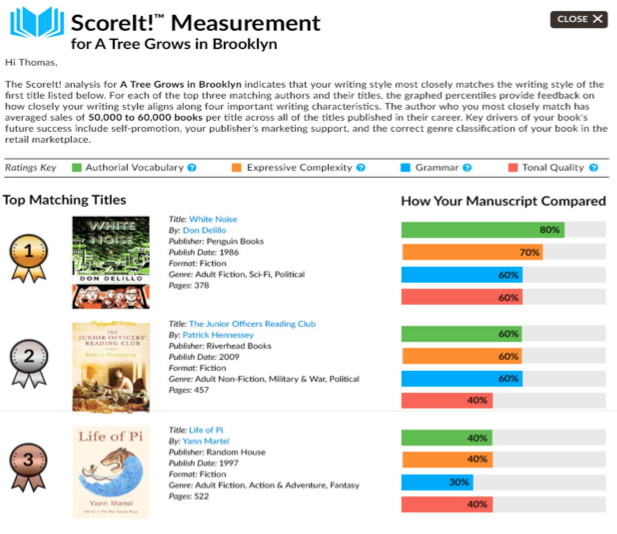 We invite writers of all stripes to leverage ScoreIt!™ to their advantage, as they build their social platforms and launch their book marketing campaigns.