It’s been several years since Patti Smith’s publication of “Just Kids,” the musician’s celebrated memoir that this year is being adapted for a limited series on Showtime. Keith Richards’ memoir, “Life,” was released the same year as Smith’s and received glowing reviews from the New York Times, The New Yorker and Slate. Now, Woodstock, NY-based journalist and author Peter Occhiogrosso picks up where Smith and Richards left off – recounting his own adventures as a veteran music reporter living and working in lower Manhattan during the late 60s through early 80s. I met Peter at this year’s Woodstock Writers Festival. Our complete interview with Peter is available on the Huffington Post. Below are a few exchanges relating to our newly launched V2.0 platform, which enables writers to pitch their work directly to the agents and publishers.

Stacy: Peter, it’s great to learn that you’ve completed Groovin’ at Slugs’: A Life in the Downtown Manhattan Music Scene 1966-1982. This is a fascinating look into your experiences as a music reporter and newspaper editor. What is it about this work that you think agents, publishers and, ultimately, readers will be most interested in exploring?

Peter: My personal inside account of an extraordinary time in the world of New York music, when punk rock, new wave, loft jazz and other musical scenes were overlapping in the hothouse atmosphere of downtown Manhattan. Rents were cheap, musicians were constantly experimenting and taking their fates into their own hands–and I had a front row seat as a journalist and Music Editor for a seminal New York weekly newspaper. I got to know a lot of the musicians personally, and I learned a great deal about how the creative process works by observing them in rehearsal and onstage. I also worked with a talented group of writers and designers at the Soho News, and those personal stories are interwoven with stories about the music and the after-hours club scene. It’s a memoir, not a musical history. 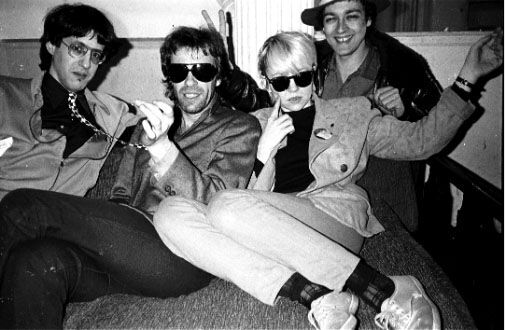 Peter (far left) in 1980 at the Mudd Club with members of the Soho News Staff (Credit: Courtesy of Award-Winning NY photographer Allan Tannenbaum, author of the acclaimed book, New York in the 70s)

Stacy: What was it about the culture of the music scene in lower Manhattan that appealed to you the most?

Peter: So much of it was intensely intimate and do-it-yourself: independent labels, musician-run lofts, small clubs, all within walking distance of each other. For a few bucks you could sit twenty feet away from Debbie Harry or David Byrne; Herbie Hancock, Sonny Rollins, or Charles Mingus. From 1970 to the mid-’80s in Downtown Manhattan you could hear all the best jazz musicians in the world from every era–New Orleans, swing, bebop, fusion, free jazz, Miles Davis, Basie, Ellington, Ornette Coleman, Sun Ra–plus all the new innovators pouring in from Chicago and St. Louis, the stars of the future. And at the same time, in the same one-mile radius, you had the best of punk, new wave, and no wave: Talking Heads, Television, Ramones, Johnny Thunders, Iggy Pop, Grace Jones, James Chance, Suicide, and British imports like the Jam, the Clash, Billy Idol and Public Image. That level of creativity and cross-pollination will never happen again in one place. 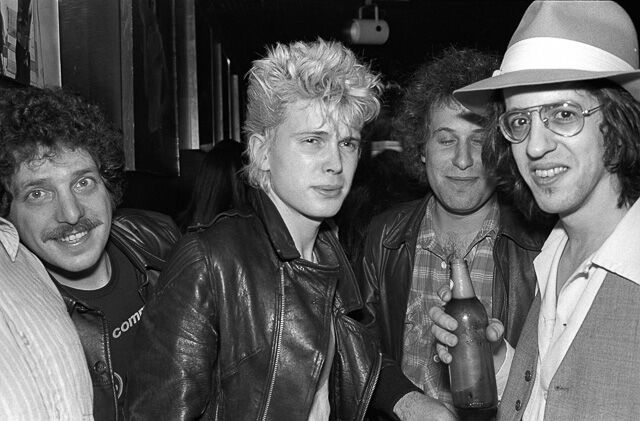 Stacy: Would you share an excerpt from Groovin’ at Slugs’ to entice agents and publishers reading this post to explore this work on Inkubate?

Peter: Sure. How about this:

“At this moment in the mid-1970s, Studio Rivbea is the hottest jazz spot in the underpopulated land just north of Houston Street and east of Broadway. In summer, Rivbea is the scene of many dark, sweaty nights, impervious to air conditioning. Yet you can arrive after midnight and ignore the dense air while listening to sounds that you have never heard before. Once there, despite the heat, you usually don’t want to leave. Still, it takes some getting used to. I was accustomed to hearing jazz in raw performance spaces like The Kitchen, with its bare floors, wooden folding chairs loosely arranged–no bar, no food, just music. It was a little like that scene in The Hustler when Fast Eddie (Paul Newman) arrives at the legendary pool hall called Ames and asks where the bar is, and the cashier says, “No bar, no pinball machines, no bowling alleys, just pool. Nothing else. This is Ames, mister.” Places like that were a far cry from the urbane Village Vanguard or the touristy Village Gate on Bleecker Street. But Rivbea is something else again. Located in a converted industrial building, it still feels like somebody’s home, which it is, right down to the overstuffed, slightly ragged sofas and the refrigerator off to one side. The upstairs is one long room with high ceilings, a few islands of furniture poking up, dark as an opium den. But I like the anonymity, because I can disappear into a corner waiting for the band to hit. I watch as musicians occasionally grab a cold beer from the fridge, but no matter how thirsty I get, I’m loath to ask for one myself. It’s easier to step outside, have a smoke in the emptiness of Bond Street, and stroll back in without calling attention to myself.”

Stacy: What’s your goal for Groovin’ at Slugs’ and what kind of publishing house do you think would be the best fit for this work?

Peter: That’s a provocative question. I’ve written or coauthored more than 20 books for major publishers, and worked with some of the finest editors in the business–people like Leslie Meredith (now at Atria); Reid Tracy and Patty Gift at Hay House; Neil Nyren at Putnam; Peter Guzzardi at Harmony, and on and on. I’d be thrilled to work with any of them on this book, for different reasons. Leslie’s comprehensive vision and attention to detail, for instance, helped me coauthor two New York Times Best Sellers with Caroline Myss. But I would also be open to specialized publishers interested in this kind of material. I recently got to know Julie Grau at Spiegel & Grau, an imprint of Random House, and felt a strong connection with her. Spiegel & Grau published Orange Is the New Black, which was adapted into one of my favorite cable TV series, and I can easily see my book serving as the basis for a cable series about the astonishing time and place in music and culture that I write about, and the wild cast of characters I worked with.

Stacy: Congratulations on your success, Peter. What is it like working as a co-author?

Peter: It can be a lot of fun, but it requires patience and handholding at times. Celebrity authors who are successful in their own field are used to calling the shots, but they have hired me because I’m the best at what I do, so I have to convince them to trust me. And in return I learn an enormous amount about the subject. When I coauthored Frank Zappa’s autobiography (The Real Frank Zappa Book, Simon & Schuster), I had to work at his home in L.A. from midnight to 6 a.m. for three weeks while he drank gallons of coffee and smoked endless cigarettes. Still, I gained enormous respect for his genius–and his many idiosyncrasies! And I got to meet Gail, Dweezil and Moon Unit and share an Italian family style dinner in his home. I was happy to learn that The Guardian ranked the book #2 in a Top 10 list of music biographies. 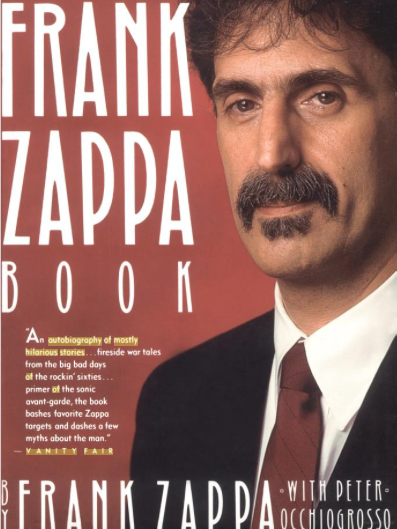 Stacy: On the cover of the book is Vanity Fair’s review, which reads, “An autobiography of mostly hilarious stories…fireside war tales from the big bad days of the rockin’ sixties.” It doesn’t get much better than that, Peter.

Peter: I’ve got more stories that aren’t even in that book. I had originally met Frank when I interviewed him for my own book, Once A Catholic, about the impact of a Catholic upbringing on creative people from Zappa to George Carlin, Martin Scorsese, and novelists Mary Gordon and Robert Stone. Frank revealed how he occasionally slipped a few licks from the Gregorian chant he heard in church into his guitar solos. I had also run into Zappa along with Allen Ginsberg at a Mudd Club afterparty, and I tell that story in Groovin’. 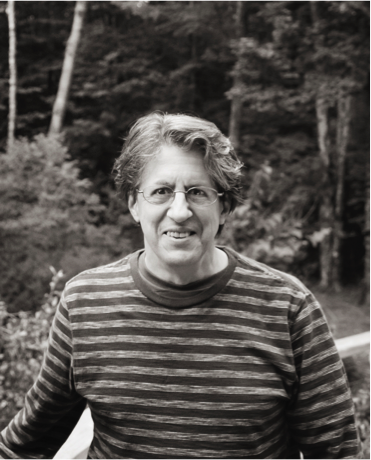 Stacy: Thanks so much, Peter. It’s been a pleasure connecting with you and I look forward to seeing you next year in Woodstock for what NPR’s Joe Donahue has dubbed “The Best Writers Festival in the Country.”

Peter: Thanks, Stacy. I would have to agree with Joe. Martha Frankel is a remarkable literary force and every year I’m impressed by the range of bestselling storytellers and industry pros that she brings to our town.

Peter can be reached at peteocch@gmail.com and via PeterOcchiogrosso.com. His latest work, Groovin’ at Slugs’ is available on Inkubate.