For its fourth consecutive year, INKUBATE pulls out all the stops to support writers and one of its own founder’s—Stacy Clark—who will be a featured author and presenter at the weekend’s fabled Story Slam.

Martha Frankel, Founder & Executive Director of the Woodstock Writers Festival and host of Woodstock Writers Radio, reports that for corporate sponsors of the festival, the Story Slam is a premier opportunity to socialize with talented up-and-coming writers.

“The Story Slam venue has been so popular that we’ve made it a bi-monthly event,” Frankel said. “So many talented regional and national writers have stepped up to the mic and blown the roof off of the Kleinert/James Center! It’s been sensational.” 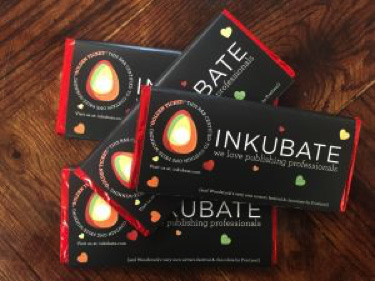 At these and other events throughout the weekend, INKUBATE will demonstrate how its B2B collaborative network enables writers to upload, categorize, edit and pitch original manuscripts to traditional agents, editors and publishers looking to discover and market successful projects that sell.

Showcased two weeks ago at the Independent Publishers Guild’s (IPG) Spring Conference in Great Britain, INKUBATE’s network was celebrated as a Top Innovator in the content creation and commercialization space and received high praise from leading publishers interested in receiving targeted mini-pitches from writers.

IPG will promote INKUBATE to its membership at the London Book Fair (LBF), where, in April, a formal launch of Inkubate V2.0 is scheduled. INKUBATE’s CEO Jay Gale and CMO David Bass invite Festival members attending LBF to visit them at Stand 6E10 to explore further why INKUBATE is “The Place to Go for Talent.”