A Big Success in a Small Hudson Valley Town

Our Golden Ticket Promotion was a huge hit and connected Festival attendees to the Woodstock merchants they’ve grown to love. Unclaimed tickets are good for a year and there are still fantastic prizes to redeem, including dining delights at Oriole9 and Shindig and coffee and tea from Bread Alone! Here’s the link to claim your prize: http://www.inkubate.com/WWF 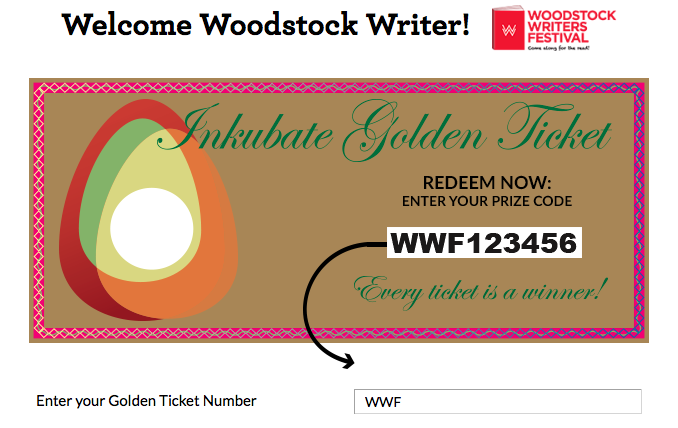 Inkubate’s sponsorship of the Publishing Panel put us face-to-face with agents, editors and publishers, all eager to adapt to a changing marketplace. Sara Carder, Editorial Director of Jeremy P. Tarcher (Penguin Random House), conceded that a lot of fear pervades the industry. “It’s a frightening time because there seems to be a sea change underway—we know that we can be more creative as we understand the digital world better, but there’s still a lot that we need to know.”

The perspectives of the other panelists also reinforced the relevance of Inkubate’s technology to the publishing community.

Gail Godwin, the three-time National Book Award Finalist, is the author of twelve critically acclaimed novels. In her most recent work, Publishing: A Writer’s Memoir, Godwin maps the industry over the last fifty years. Godwin punctuated Carder’s comments, noting that within the “Big 5” publishing houses, “many people are making their decisions out of fear—fear of having their desks cleared out.” Godwin used the analogy that publishing today is like a dance, where the floor is constantly shifting and the “handlers” are routinely watching and second-guessing everyone’s moves.

Mary Cummings, VP and Executive Director of Diversion Books, has reintroduced backlisted books into print with great success by leveraging, interestingly, digital analytics. Having grown Diversion’s titles from 12 to 400 in just four years, Cummings noted that tying their marketing strategy to the social media platforms of their writers has been a key driver of Diversion’s expanding consumer base. “If you’re publishing books and your writers are not socially engaged online, it’s silly, because social media is a free tool.” Asked if she could correlate social media engagement to sales, Cummings replied, “We know it’s worth the effort.”

Diversion takes a uniquely long view on all of their titles. “Our goal is to grow the sales of a book every year,” Cummings said. “One way to do this is to connect titles with the news and to encourage authors to regularly pitch their books to journalists who may be influential to a particular audience.”

The Panel’s Moderator, Nan Gatewood Satter, is a former Doubleday Editor now mentoring novelists living in the Hudson River Valley. Intrigued by Inkubate’s technology, Satter remarked that she has many writers “looking for new tools to reach publishers directly.” 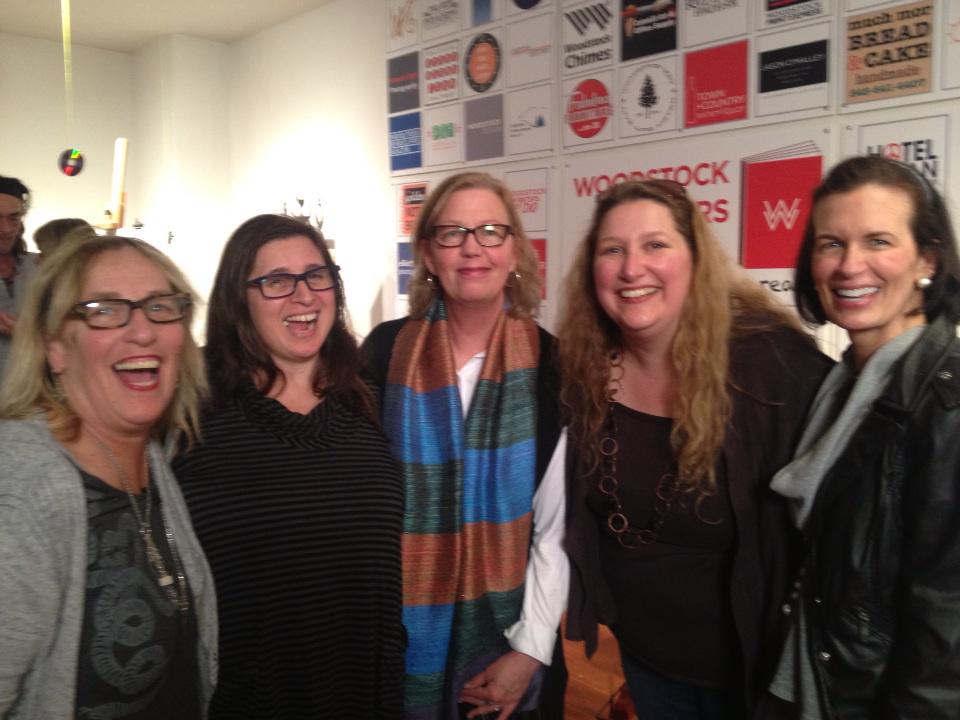 Our take-away from this remarkable literary festival was that Inkubate’s next generation platform is launching just as agents, editors and publishers (and writers!) are increasingly prepared to embrace the digital tools that they need to succeed.

Will we be back next year?

We wouldn’t miss it. The Festival’s Executive Director, Martha Frankel, has earned her reputation as a legendary literary icon and culture magnet. She and her talented *entourage of local artists, DJs, PR pros, social media gurus and web designers annually deliver what Joe Donahue, WAMC Northeast Public Radio’s Award-Winning Host of “The Roundtable,” recently hailed as “The Best Literary Festival in the Country!”

We look forward to seeing everyone next spring!